Submission against "green" tariffs to the Constitutional Court. What's going on? Interview with Iaroslav Cheker

The GetMarket platform discussed with Iaroslav Cheker, Arzinger's leader in energy and natural resources, the process of submitting 47 MPs to the Constitutional Court to declare certain provisions of the laws on the establishment of a "green" tariff unconstitutional.

- Explain briefly the essence of this submission to the Constitutional Court, please.

- Constitutional submission of 47 MPs led by deputy Oleksandr Dubinsky on the recognition as unconstitutional of certain provisions of laws on the establishment of the feed-in tariffs in Ukraine, particularly the provisions of the Law of Ukraine "On Alternative Energy Sources" and the Law of Ukraine "On Electricity Market". In particular, we are talking about the recognition as unconstitutional of provisions on the establishment of the basic criteria for calculating the feed-in tariff, which should be applied by the National Energy and Utilities Regulatory Commission for electricity producers from renewable energy sources and the obligation of the "Guaranteed Buyer" to buy all the supplied electricity at the feed-in tariff and make the full payment for the purchased electricity, etc.

- How is Arzinger involved in this process? Which tasks do you have and whose interests do you represent?

- In regard to the constitutional submission, the associations of renewable energy producers, particularly the European-Ukrainian Energy Agency Association, the Ukrainian Renewable Energy Association and the Ukrainian Wind Energy Association have decided to join forces to protect the interests of their participants and ask the Constitutional Court of Ukraine to involve them in the constitutional proceedings.  In order to obtain professional legal support, the associations, which comprise almost 90% of the country's RES producers, announced an open tender to find a single legal adviser. Among many submitted applications from the leading law companies of Ukraine, Arzinger Law Office has won and is now the legal adviser of the mentioned organizations to provide legal support in the constitutional proceedings.

- At what stage is the process now? And how long, in your opinion, can it extend in time?

- Currently, the course of constitutional proceedings has taken the following steps:

On July 20, the constitutional submission was distributed to the judge-rapporteur.

On September 08, the Panel of Judges of the CCU decided to consider the case of constitutional representation in written proceedings.

At the beginning of October, the associations submitted a proposal to submit certain issues for discussion in the oral proceedings.

As regards the time frame for consideration, in accordance with Article 75 of the Law of Ukraine "On the Constitutional Court of Ukraine", the total term of constitutional proceedings should not exceed six months. However, it is still difficult to predict clear timelines, as the case is complex and requires detailed examination of all aspects.

- The deputies argue that the feed-in tariff legislation is unconstitutional because the Verkhovna Rada has gone beyond its powers by establishing them at the level of laws. They say that the pricing and tariff policy is the scope of the government’s powers.The submission gives examples of other similar submissions to the CCU which were satisfied.  How do you assess these arguments, and how do you plan to respond to them?

- We do not agree with these arguments as the boundaries of authority between the Verkhovna Rada of Ukraine and the Cabinet of Ministers of Ukraine should be clearly distinguished.

It is the authority of the Verkhovna Rada to determine the foundations of domestic and foreign policy, implementation of the strategic course of the state to acquire full membership of Ukraine in the European Union and the North Atlantic Treaty Organization.

In addition, according to article 16 of the Constitution of Ukraine, ensuring environmental safety and maintaining the ecological balance in Ukraine, overcoming the consequences of the Chernobyl disaster and preserving the gene pool of the Ukrainian people is the responsibility of the State. Social relations in the sphere of production, application and functioning of alternative energy sources are issues of environmental and economic security of the country, the solution of which is necessary to maintain ecological balance throughout the territory of Ukraine, which is one of the most important functions of the Ukrainian State. It is the VRU, as a single legislative, national representative body, that is entrusted with this function.

It should also be noted that the state's strategy for setting and changing prices is one of the components of the state's domestic economic and social policy, which has been repeatedly emphasized by the Constitutional Court of Ukraine in its decisions. (CCU Decision No 2-rp / 1999 of 02.03.1999, CCU Decision No 10-rp / 2004 of 15.04.2004).

Setting the amount of the feed-in tariff is attributed by the Law to the discretionary powers of NEURC, because it is authorized by law to make a decision on granting or not granting the feed-in tariff to a specific manufacturer, as well as surcharges for the use of Ukrainian components and other powers.

Thus, the Verkhovna Rada of Ukraine, adopting the basic criteria for calculating the feed-in tariff, acted within the limits of its constitutional powers and in no way took over the powers of other state bodies.

- Another part of the submission indicates that "the establishment of an economically unjustified and excessively high feed-in tariff at the legislative level does not comply with the requirement of the Constitution regarding the state's desire to balance the budget". How can this argument be explained? After all, feed-in tariffs are not financed from the budget, but from energy market participants.

- Yes, the Constitution of Ukraine actually establishes the principle of balanced budget of Ukraine.

As explained by the Constitutional Court in its decision No. 26-rp / 2008 dated 27.11.2008. "When determining the income and expenditure by the Law on the State Budget of Ukraine and adopting laws and other regulations that may affect the income and expenditure parts of the budget, the state must adhere to an even balance between them and its obligation on the principles of fair, unbiased distribution of public wealth among citizens, territorial communities to take into account public needs, the need to ensure human rights and freedoms and decent living conditions".

It should be noted that the feed-in tariff is paid by the Guaranteed Buyer to RES producers from the market and from the funds received from Ukrenergo as part of the payment for the service to increase the proportion of electricity production from renewable energy sources.

In other words, the feed-in tariff is not financed from the state budget of Ukraine, and therefore has no impact on the its balance.

Therefore, it can be stated that the applicants probably did not fully understand the mechanisms of setting the feed-in tariffs and the sources from which the tariff is paid before making such an argument in the constitutional submission.

- The pressure on the industry has been happening since last year: non-payments by the feed-in tariff, retrospective reductions, attempts to delay and disrupt the mediation with the Energy Community. In your opinion, is submission a part of someone's strategy?

- It started in August 2019, when the internet portal "Censor.net" published an interview with one of the leading businessmen of Ukraine, including the issues of feed-in tariff. It was reported that he was ready for a possible constitutional submission on the legality of government support for energy production from renewable energy sources.

Also, the existence of a prepared submission to the Constitutional Court from MPs regarding the unconstitutionality of certain provisions of legislation, which refers to the feed-in tariff, in particular, became known to the public in December 2019. Thus, many Internet news portals on December 27 published the news about the readiness of such a submission.

Therefore, yes, we can assume that the constitutional concept may be the strategy of a certain financial and industrial group.

In general, there have been many events in the last year in the field of renewable energy, which have caused a lot of discussion and misunderstanding, both on the part of business and the government. The great interest in the enewable energy market on the part of investors and the opportunity to get the feed-in tariff without auctions has led to an increase in the number of renewable energy producers. However, at the state level, the settlements fro the electricity at the feed-in tariff was not properly ensured, which led to a shortage of Guaranteed Buyer.

All these misunderstandings and disputes resulted in the situation worsening every month, so the debt was growing and on June 10, 2020 a Memorandum of Understanding on the settlement of problematic issues in the field of renewable energy was signed between the two associations of renewable energy producers, the Cabinet of Ministers of Ukraine, National Commission responsible for the state regulation of energy and communal services, the VRU Committee on Energy and Housing and Communal Services and the Dispute Resolution Centre of the Energy Community Secretariat. Later, on June 19, 2020, the CMU submitted for consideration to the Verkhovna Rada of Ukraine a Draft Law № 3658, which was adopted in the second reading and in general on July 21, 2020.

In addition, the issue of compensation for capacity curtailments remains unresolved. However, we must understand that the problems have various legal nature, such as reducing the feed-in tariff as a forced step on the part of and search for a certain compromise with RES power producers, and in contrast to the existence of the constitutional proposal, which was initiated by the MPs in order to destroy the development of the RES industry in Ukraine.

- Let us assume that the CCU does accept the feed-in tariff system in Ukraine as unconstitutional. Who, how and how much will benefit from this in Ukraine?

- In our opinion, it is impossible to talk about someone winning in this situation, because recognition as unconstitutional provisions of the laws regarding the feed-in tariff will lead to:

- What kind of reaction should be expected from investors in renewable energy and creditors during the period when the submission is still under consideration?

- For investors, it can be assumed that investment activity will cease, as there is legal uncertainty about the possible developments and the consequences for investors. At present, investments in Ukraine are highly risky from the investors' point of view.

Lenders, in turn, will not be able to issue loans because the legal uncertainty of the direction will also affect the ability to repay the loans received.

- How do you evaluate your chances of success? I mean, that the submission to the CCU will be rejected.

- We are now ready to defend the position of associations as representatives of the market and, for our part, we will comprehensively assist the Constitutional Court in reviewing the constitutional submission and help to provide additional information for a holistic, objective and complete review of the submission and, finally, to obtain a positive decision for the development of the RES industry. 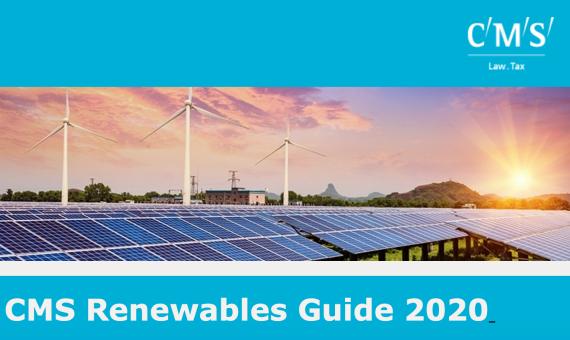 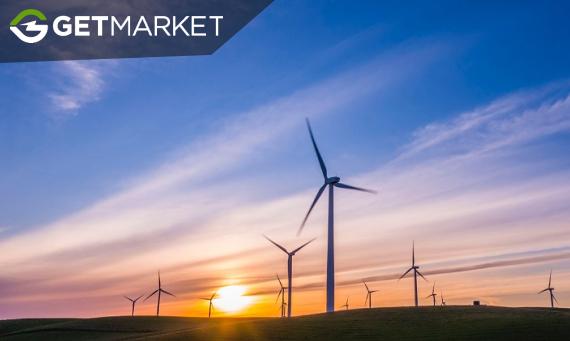 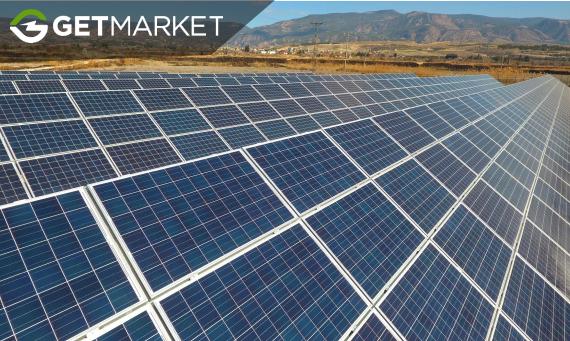 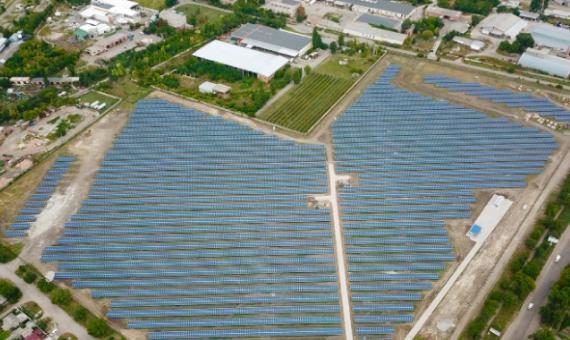